Nico Mostardi knows the game of tennis like the back of his hand. A Cleveland State University First Singles and First Doubles collegiate player with six pro events under his belt to date, he takes his game seriously—as one does when he’s got his eye on the professional circuit.

Nico has been playing tennis since he was 4 years-old, but it wasn’t until recently that he began training vigorously. Enter WRRFC Trainers Matt and Adam, with whom Nico has been working with for the past 3 years. As Nico puts it, the results are glaring.

“There’s a lot I owe to my game, you know, as I play more and more,” he says. “But the strength and speed I’ve gained from working closely with Matt and Adam has made the biggest difference.” Nico went from being ranked 113th in the nation to 65th (the first time CSU has ever been in the national rankings), increasing his serve speed from 125 mph to 140. He feels faster and more explosive, and most importantly, he has remained injury-free. “I feel the best I ever have on the court.” 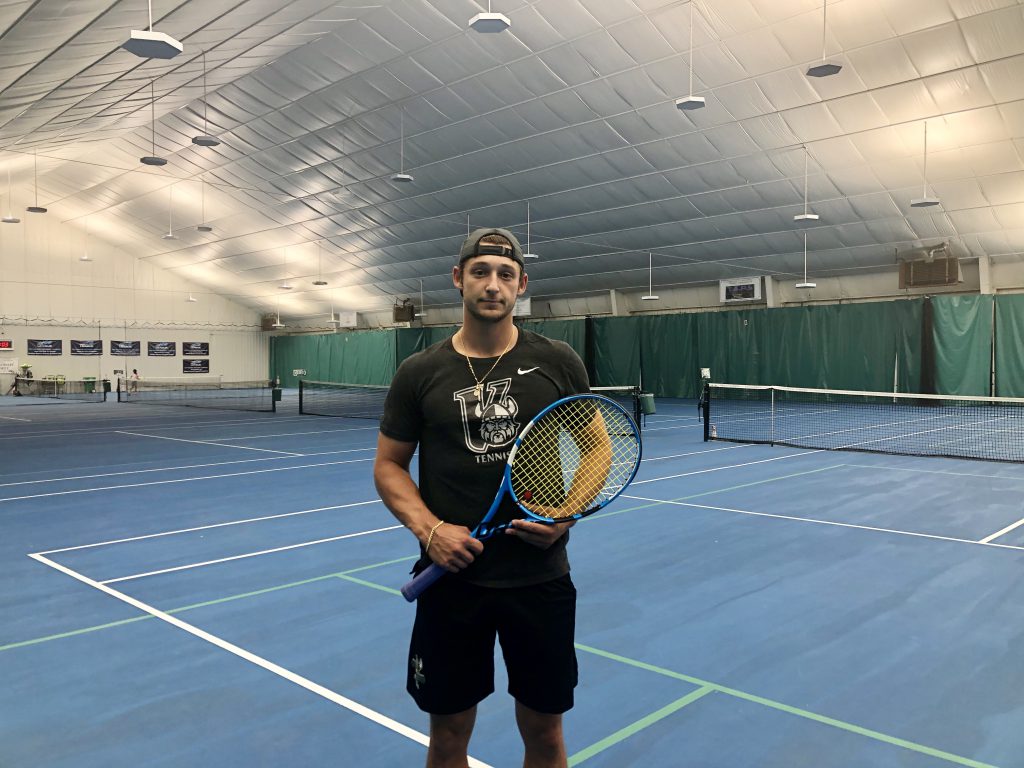 Trainers Matt and Adam work closely with athletes here at the club who want to take their game to the next level—whether it’s tennis, powerlifting, or beyond. Both Trainers have a deep understanding of athletic training and competition, as well as power movements and dietary knowledge. Together, they work with top athletes to develop personalized programs based upon their goals.

Still, Nico admits that he did have some reservations at first. “A lot of tennis players think ‘I can’t lift heavyweights. That’ll just make me slow.’ And that used to be me. I was always interested in getting bigger, you know, just aesthetically, and I had some experience lifting but never saw serious results. I didn’t really know where to begin.”

It wasn’t until Nico was competing in a tournament at the club that he met Matt, who encouraged him to give weightlifting a shot. So, going into his junior year, he began a full, six-days-a-week strength and conditioning program, with power movements incorporated. He also began eating differently—much differently, consuming over 7,000 calories per day in order to gain weight. “Adam was on me non-stop about my diet, because I didn’t realize I had to eat so much food to gain the muscle.” Nico recalls how there were days in the beginning when he would come to the club to lift and Adam would ask if he had had his second meal of the day yet. If Nico said no, he wouldn’t lift. “Because it’s more important, you know? The diet is more important than the weights at that point because you need the food to perform.”

And it’s true. In fact, in his first two months, he saw a lean gain of 20 lbs. In his first 12 months, he had his best year of tennis performance. His serve was faster. He felt quicker. He won more. He climbed the national rankings. “Since I started lifting,” he says, “I’ve put on 50 lbs, and yet I’m the fastest I’ve ever been in my life.”

In talking about this massive change, Nico brings it all back to his work here at the club. “Matt and Adam know how to make a program specific to your needs. They know not everybody wants to get huge; that there’s certain areas of the body to focus on. Without their help and discipline, I wouldn’t be where I am right now.”

Nico is currently finishing his last year at CSU, where he continues to play. After college, he says, his plan is to narrow in on his game. “Next summer, I’ll travel to Europe to play professionally. Hopefully, it’ll develop into something more.”

Until then, we’ll just have to wait and see!